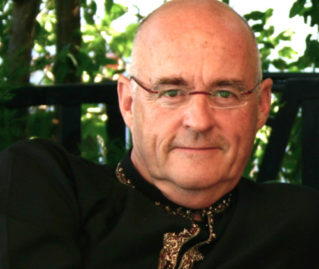 Daniel Odier was born in Geneve in 1945. He is a novelist, screenwriter and poet, and has published over 46 works including the bestselling Tantric Quest (Inner Traditions), and Desire, The Tantric Path to Awakening (Inner Traditions). Anais Nin called him “an outstanding writer and dazzling poet”. The author began his studies with Kalu Rinpoche in 1968 and remained his disciple until his passing in 1989. In 2004, Odier received the Ch’an ordination in the Lin t’si and Caodong schools in China, as well as permission to teach the Zhao Zhou Ch’an lineage in the West. Daniel taught Tantra and Buddhism in several American Universities in 1995. Every year he gives workshops and seminars in Europe, Canada and the United States.