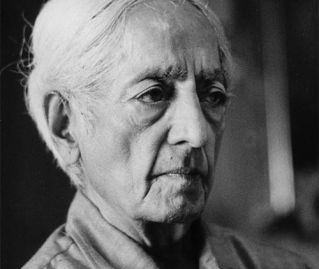 Jiddu Krishnamurti (1895-1986) is regarded as one of the greatest philosophical and spiritual figures of the twentieth century. He claimed no allegiance to any caste, nationality or religion and was bound by no tradition. For nearly sixty years he traveled the world and spoke spontaneously to large audiences until the end of his life in 1986 at the age of ninety.