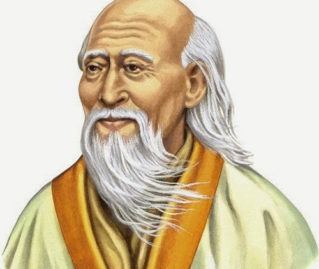 Lao-Tzu (also known as Laozi or Lao-Tze) was a Chinese philosopher credited with founding the philosophical system of Taoism. He is best known as the author of the Tao–Te–Ching, the work which exemplifies his thought. The name by which he is known is not a personal name but an honorific title meaning `Old Man’ or `Old Teacher’ and there has been countless speculation as to whether an individual by that name ever existed or whether Lao-Tzu is an amalgam of many different philosophers. The historian Durant writes, “Lao-Tze, greatest of the pre-Confucian philosophers, was wiser than Teng Shih; he knew the wisdom of silence, and lived, we may be sure, to a ripe old age – though we are not sure that he lived at all”. If he did exist, he is thought to have lived in the 6th century BCE.
{source: Ancient History Enciclopedia}