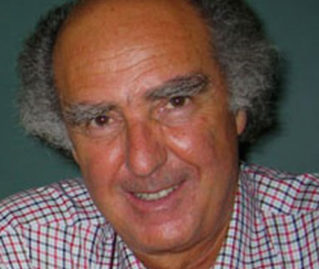 Leon Chaitow ND DO, is well known internationally as the author of over 60 books on natural heath and complementary medicine. He has written for both health-care professionals as well as for the general public – ranging from easy to understand guides on health topics and treatment methods, to detailed texts for practitioners and their clients – many on different aspects of pain management.

Much of his extensive knowledge on this vital subject has been distilled into his book You Can Conquer Pain.

Apart from his books Leon is the founding Editor and Editor-in-Chief of the Journal of Bodywork and Movement Therapies. Born in South Africa Leon moved to the UK where he studied osteopathy and naturopathy at the British College of Osteopathic Medicine, graduating in 1960.

Leon Chaitow was the first UK naturopath/osteopath to be appointed to a medical practice (Marylebone Health Centre, London) an appointment which he held from 1993 to 2009. In 1993 he was appointed Senior Lecturer, Module leader and member of the course design team at the School of Life Sciences, University of Westminster, London – which granted him an Honorary Fellowship in 2004.

Since 1983 he has held posts throughout Europe, the USA, Canada and Australia as visiting lecturer to colleges, schools and professional organizations of chiropractic, physiotherapy, osteopathy and naturopathy. He continues to travel to teach and present at international conferences around the world, while maintaining his private osteopathic practice in London.

His writing is undertaken in the peace and beauty of his home in Corfu, Greece.

We're spoiling you a little today with some exclusive content - a Q&A with Michael James, author of Emotional First… https://t.co/tVBDqiHvmn
- Friday Jul 3 - 10:47am