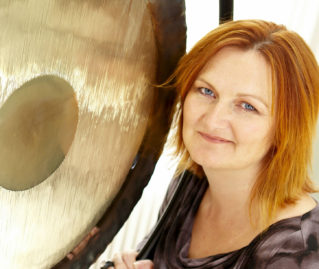 Lyz Cooper, sound therapist and founder of the British Academy of Sound Therapy (BAST), has been involved in holistic health since 1982, with sound therapy since 1994 and was the first person in the UK to formulate a therapeutic sound method which was officially recognised by the Institute for Complementary and Natural Medicine (ICNM) in 1997. She has an MA in Education and an MSc in Applied Music Psychology, and in 2010 the ICNM recognised her work with a fellowship for her outstanding contribution to therapeutic sound worldwide. Lyz is co-founder of the Therapeutic Sound Association, whose aim it is to raise awareness of the benefits of working with sound. She is among those at the forefront of therapeutic sound research and training in the world, and her work is regularly featured in the worldwide press.