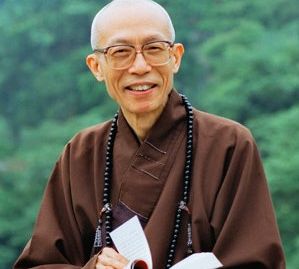 Chan Master Sheng-yen (1930-2009) was a widely respected Chan (Chinese Zen) master who taught extensively in the West, with centres throughout North America, as well as dozens of others throughout the world. He founded the Dharma Drum Mountain (dharmadrum.org), a spiritual and educational foundation that is one of the most influential organisations in Chinese Buddhism. He co-led retreats with the Dalai Lama and is the author of numerous books, including Song of Mind, The Method of No-Method, and his autobiography Footprints in the Snow.