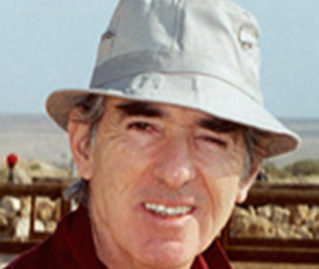 Robert Feather was born in England and studied at Marylebone Grammar School and Sir John Cass College, London University, subsequently becoming a Member of the Institution of Metallurgists and a Chartered Engineer. Working initially in research for BICC, on precious metals casting, and the British Iron & Steel Federation he subsequently joined Steel Times as assistant editor and has spent some 25 years working in journalism and technical publishing. He has written for a wide cross-section of technical magazines, and was founder editor of The Metallurgist and Materials Technologist, official Journal of The Institution of Metallurgists, a director of Chess & Bridge Ltd and editor of Weighing & Measuring, which dealt with metrology and the science of measuring.

Throughout this time he has balanced his scientific career with a keen interest in history and social evolution, studying comparative religions and archaeology. He is a member of The Orion Center for the Study of the Dead Sea Scrolls and Associated Literature, the Society of Biblical Literature, The Egypt Exploration Society, and The Historical Metallurgy Society. His background and training as a Metallurgist and Chartered Engineer has given him a unique insight into the intricacies of The Copper Scroll, one of the most enigmatic of the Dead Sea Scrolls. This has resulted in him being retained as a consultant on a number of projects related to ancient metallic objects.

His book, The Mystery of the Copper Scroll of Qumran, was published by Inner Traditions, of America, in June 2003. A previous book, The Copper Scroll Decoded, published by HarperCollins in 1999, created a considerable amount of controversy in academic fields through the connection it makes between the Hebrews and Egypt. The book has been translated into Dutch, Italian, Japanese and Portuguese, and a BBC TV documentary, entitled The Pharaoh’s Holy Treasure, based on the book, was first screened in March, 2002 and seen in various other European countries. The author participated in a BBC/Discovery documentary entitled The Spear of Jesus, first shown in 2003 and acted as a metallurgical consultant on a documentary related to Christopher Columbus. More recently he has been an interviewee in Ramses: Wrath of God or Man? first shown on Discovery US on 6th December 2004 and shown on Channel 5 in the UK on 2nd February 2006 under the title: Ramses – Death of the First Born. The Secret Initiation of Jesus at Qumran was published in America in 2005 and a revised edition under the same title came out in the UK August, 2006. It investigates how Jesusism emerged from Judaism. The latest book, published in 2011, is a co-authored biography of the late Father Jozef Milik, entitled Doyen of the Dead Sea Scrolls.