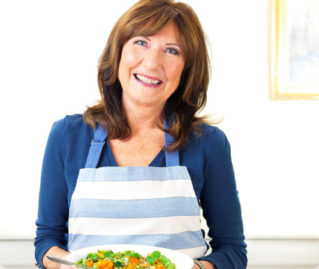 Rose Elliot, MBE, was brought up in a spiritual environment. Her grandmother, Grace Cooke, was the medium for White Eagle and founded the White Eagle Lodge based on his teachings, which had a strong Buddhist element to them. In later years, Rose became interested in the teachings of a number of New Age writers – Louise Hay, Wayne Dyer, and Doreen Virtue in particular. Some years ago, Rose heard a Buddhist monk speak about the Four Noble Truths and that you could write everything you need to know about Buddhism on the back of a postcard… this inspired her meditation practice, her writing, and her love for and interest in Buddhism.