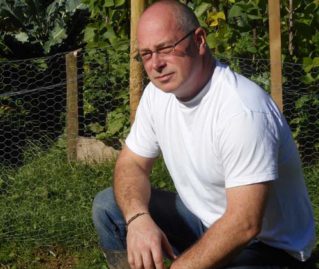 Simon Dawson gave up his job as an estate agent in London and moved to Exmoor with his wife Debbie over a decade ago. In 2007 and 2008 the couple appeared with Gary Rhodes and Michael Caines on Local Food Heroes, coming first for the South-West. Since then he has appeared on BBC1’s Countryfile and Sky1 and is in constant demand on local radio. He runs courses on smallholding, butchery, food processing and nose-to-tail eating; works as a journalist and broadcaster; and looks after countless pigs, sheep, goats, chickens, dogs and horses on their land. His first book The Self-Sufficiency Bible was published by Watkins in 2009.