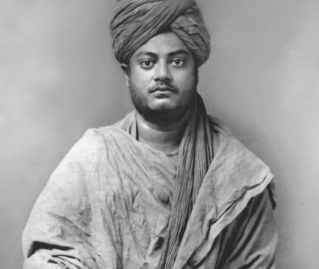 Swami Vivekananda (1863–1902), a Hindu monk, was the foremost disciple of the sage Ramakrishna and a world spokesman for the school of Hindu philosophy called Vedanta. He founded the Ramakrishna Order in India in 1898 and was responsible for the revival of Hindu spiritualism and established Hinduism as a revered religion on the world stage.