Extracted from The Occult by Colin Wilson. Republished two years after the author’s death, the book includes a new foreword by bibliographer Colin Stanley.

When his now classic study The Occult was published in 1971, some critics, fans and scholars of Colin Wilson’s previous non-fiction – particularly the ‘Outsider Cycle’ in which he had created his ‘new existentialism’ and established himself as a philosopher of some note – were surprised, others downright horrified. It had seemed that after the terrible mauling he had received from the critics and the tabloid press, in the late 1950s, his reputation was recovering somewhat and his career taking an upturn. Many thought this leap into the rather contentious unknown was a retrograde step: both mystifying and likely to be a disaster. Wilson, they felt, was merely jumping onto the occult bandwagon in order to make money.

When the book was suggested, he made no secret of the fact  that the occult was not a subject that interested him greatly and  when he sought the advice of none other than the poet  Robert Graves, asking him whether he should write it, he was told very firmly that he should not.
But with a young family to support, he had spent far too much of the 1960s on the arduous American university lecture trail, keeping him away from home for lengthy periods of time. This was to be his first commissioned work, a sign that he had finally ‘arrived’ as a professional writer. The financial terms from his would-be publishers, Random House in the US and Hodder & Stoughton in the UK (a $4000 advance), were obviously too tempting and so he went ahead.
During the course of his research, he found his attitude to the subject changing:

Although I have always been curious about the ‘occult’ … it has never been one of my major interests, like philosophy, or science, or even music. … It was not until two years ago, when I began the systematic research for this book, that I realised the remarkable consistency of the evidence for such matters as life after death, out-of-body experiences (astral projection), reincarnation.
In a basic sense my attitude remains unchanged; I still regard philosophy – the pursuit of reality through intuition aided by intellect – as being more relevant, more important, than questions of the ‘occult’. But the weighing of the evidence … has convinced me that the basic claims of ‘occultism’ are true.

The completed book, dedicated to Graves, was published on  October 4, 1971 with a distinctive dust jacket, in the UK, depicting a large open eye.
Up until then Wilson had always anticipated trends in literature and thought, rather than being one for jumping onto bandwagons. In 1961, for example, he published with Pat Pitman An Encyclopedia of Murder, a book which anticipated the boom in true crime studies by almost twenty years. His The Strength to Dream – a book on literature and imagination, published in 1962 – heralded the late sixties’ obsession with fantasy and science fiction literature.

The  late sixties also brought about a surge in interest in all things mystical and on this occasion Wilson was not altogether ahead of the game: the pioneers were Louis Pauwels and Jacques Bergier, whose The Morning of the Magicians had been a bestseller in France for several years.
His publishers clearly wanted Wilson to replicate its success in the English-speaking world and he did not disappoint them: his monumental study went on to be a bestseller and an inspiration to many who read it. So although he lost some readers by taking this seemingly unexpected and bold move into the occult, he gained many, many more.

In fact Wilson had not abandoned philosophy at all. Indeed, he always considered his ‘serious’ occult books – i.e. ‘The Occult Trilogy’ – to be a logical extension of his ‘new existentialism’, providing evidence that man possesses latent powers which, if tapped and harnessed, could lead to hugely expanded consciousness and potentially even an evolutionary leap. In a lengthy Introduction to the new Watkins edition of Beyond the Occult, published in 2008, he wrote:

When The Occult appeared in 1971, it soon became apparent that many people who had regarded me as a kind of maverick existentialist now believed that I had turned to more trivial topics, and abandoned the rigour of my ‘Outsider’ books. To me, such a view was incomprehensible. It seemed obvious
to me that if the ‘paranormal’ was a reality – as I was increasingly convinced that it was – then any philosopher who refused to take it into account was merely closing his eyes.

Readers of Wilson’s fiction, however, were definitely not taken by surprise and had no qualms about his serious foray into the subject; for occult instances and anecdotes abound in all of his novels from the first in the Gerard Sorme trilogy, Ritual in the Dark (1960), onwards. For example, in his 1963 novel The World of Violence (published in the US as The Violent World of Hugh Greene), the young protagonist Hugh, after listening to a piece of music by Beethoven that deeply moves him, sees a ghost (which he calls a ‘presence’) in the garden and speculates, ‘… it seems to me that I saw the ‘presence’ in the garden because I was in a disturbed state after listening to the Beethoven, and some new faculty in me had been awakened.’

The important phrase here being, of course, ‘some new faculty in me had been awakened’. It seems that here we have the germ of an idea that became the focal point of The Occult, that is to say ‘Faculty X’ (‘that latent power that human beings possess to reach beyond the present’), formulated originally in 1966 and featured in his novel The Philosopher’s Stone in 1968. Wilson considered ‘Faculty X’ to be ‘… the key not only to so-called occult experience, but to the whole future evolution of the human race … [and] … it is the possession of it – fragmentary and uncertain though it is – that distinguishes man from all other animals.’

Also in 1963, Wilson’s novel The Man Without a Shadow (published in the US as The Sex Diary of Gerard Sorme), the second in the Gerard Sorme trilogy, appeared in print. It featured Caradoc Cunningham, a larger than life character and practitioner of sex magic, based on the ‘Great Beast’ Aleister Crowley, who, when he first meets Sorme, impresses him with his telepathic powers. This anticipates the chapter on Crowley in The Occult by several years. Wilson then went on to write a short biography, Aleister Crowley: The Nature of the Beast, in 1987 (recently reprinted).
In a later novel, The Glass Cage, published in 1966, Damon Reade, a William Blake scholar, is approached by the police in the hope that he can help them catch the Thames Murderer, who leaves a quote from Blake beside each victim. Reade has a file of correspondence from Blake fans and decides to take a couple of the weirder letters to an old man in his village who has ‘strange powers’ and whom he believes will be able to tell intuitively if one of them has been written by the murderer.
And in the final part of the Sorme trilogy, The God of the Labyrinth (The Hedonists in the US), published in 1970, just before The Occult, Sorme researches an eighteenth-century rake by the name of Esmond Donelly. On an increasing number of occasions he finds himself seeing the world through Donelly’s eyes, gradually becoming his subject.

So we have devil worshippers, ghosts, telepathy, men with ‘strange powers’, duo-consciousness, and there are many other such ‘occult’ instances in the early novels, most of which had been out of print for some time before Valancourt Books set about systematically reprinting them in 2013.

Wilson confirmed his early interest in the subject in the  opening chapter of The Occult, when he informed us that as a twenty-year-old, living in rented accommodation in London with his wife and young child, forced to work in various dead-end factory jobs – long before the publication of his first book, The Outsider, in 1956 – he read all the books on magic and mysticism that he could find in libraries; not just as an escape from his lot but ‘… because they confirmed my intuition of another order of reality, an intenser and more powerful form of consciousness than the kind I seemed to share.’ By the time he came to write the book, in the late 1960s, he had apparently accumulated a library of over five hundred volumes on the subject. And in his 2004 autobiography Dreaming to Some Purpose, he revealed that his interest in the subject went right back to his childhood:

As a child, I had been fascinated by ghost stories. My grandmother was a spiritualist, so I accepted the idea of life after death from the age of six or so.
In the early days of the Second World War, the Sunday People had published a series by Air Marshall Dowding, in which he discussed the after-death experiences of an airman, as relayed through a spirit medium. The next world, the dead airman claimed, was not all that different from this one, except that there were no discomforts; grass, trees and sky all looked much as on earth, but when he tried swimming, the water was not wet, so it felt rather like swimming in cotton wool. I read the series avidly every week.
Our local library in Leicester, St Barnabas, had an excellent section on psychical research, and I read all I could find by Harry Price – The Most Haunted House in England, Confessions of a Ghost Hunter, and Poltergeist over England …

The book’s success inspired Wilson’s publishers to commission another, Mysteries: an investigation into the occult, the paranormal and the supernatural, an equally bulky tome, which appeared in 1978, and then a third, ten years later, Beyond the Occult, which summed up his twenty years of research into the subject. The three books amount to a monumental 1,600 pages and also spawned many ephemeral popular illustrated spin-offs – too numerous to mention here individually – but listed entirely in my guide to his Occult Trilogy published by Axis Mundi in 2013.
According to Wilson, the reviews ‘had a serious and respectful tone that I hadn’t heard since The Outsider’ and in his 2003 Introduction to the Watkins reprint, he wrote:

But for me, The Occult did a great deal more than make me ‘respectable’, it also served as a kind of awakening. Before 1970, I had been inclined to dismiss ‘the occult’ as superstitious nonsense. Writing The Occult made me aware that the paranormal is as real as quantum physics (and, in fact, has a great deal in common with it), and that anyone who refuses to take it into account is simply shutting his eyes to half the universe. Colin Wilson
The Occult
The Ultimate Book for Those Who Would Walk with the Gods
New Edition
£16.99, Available from Watkins Publishing 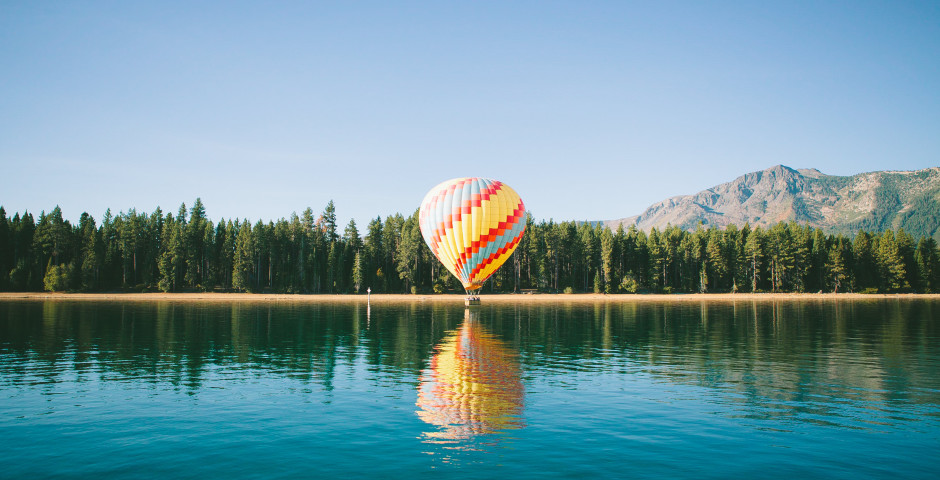 Find The Keys To Lasting Change Through The Confidence Karma Method 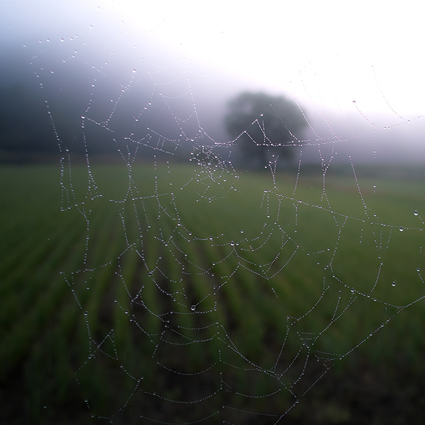 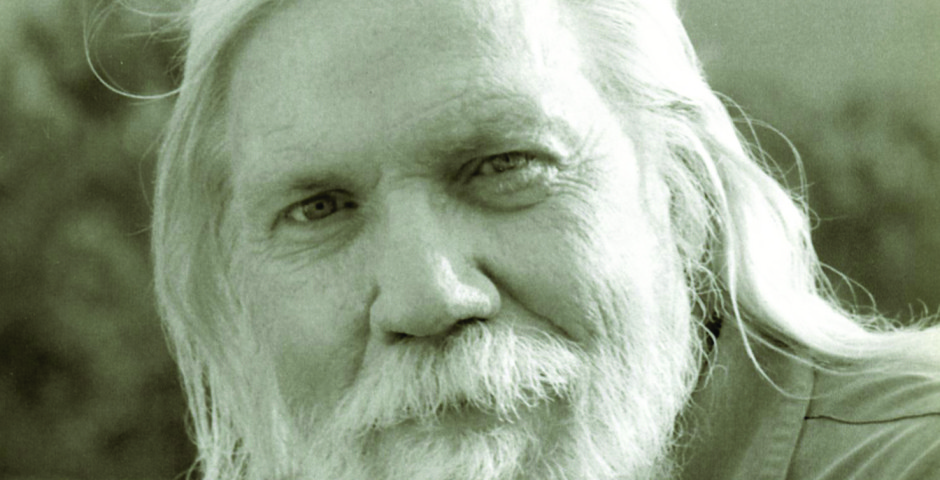 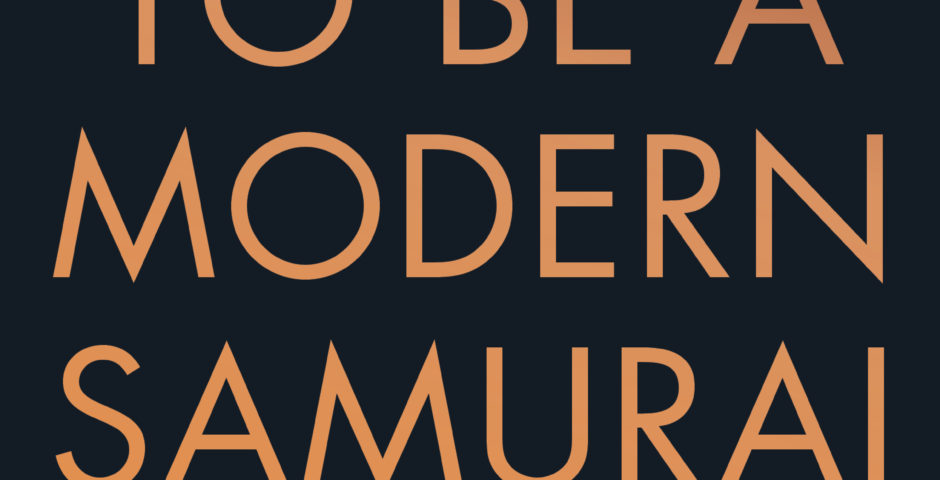