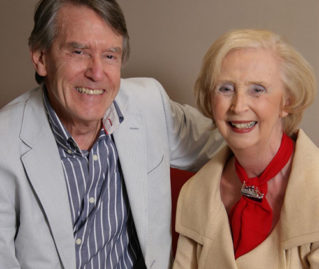 Derek and Julia Parker are familiar names to anyone interested in astrology. Since 1970 their many books on the subject have introduced innumerable readers to the discipline, many of whom started to study astrology and have subsequently become professionals.

Derek and Julia Parker became widely known for their first astrology book, The Compleat Astrologer, published in 1970, which became an international best-seller. Since then they have published many books on the subject, including The New Compleat Astrologer (1985) Parkers’ Astrology (1991) and Parkers’ Encyclopaedia of Astrology (2010). They have also published books on dream interpretation and the history of magic.

Separately, Julia has published two novels, and Derek a number of biographies on varied subjects including Byron, Donne, Casanova, Voltaire and Cellini. Since they moved to Australia in 2002, he has written biographies of two Australian Governors, Phillip and Macquarie.

Julia began life as an art student and dancer; Derek in journalism and broadcasting. Well-known as a broadcaster in the 1960s and 1970s, he has served on the committees of a number of national organisations, including the Royal Academy of Dancing, the Society of Authors and the Royal Literary Fund. Julia and Derek live in Sydney with their two wire-haired fox terriers, Fille and Crim.