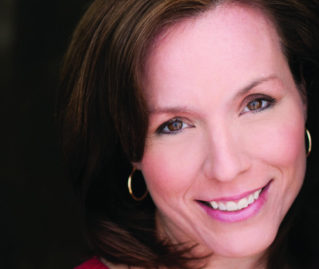 Jenniffer Weigel has been broadcast journalist in Chicago since 1995. Starting in radio (WLUP, WLS-AM, WGN-AM) and then moving to television (WGN-TV, WBBM-TV, WMAQ-TV) She won an Emmy Award for her on-camera reporting at CBS, and is now a columnist for the Chicago Tribune.

She has written two books: “Stay Tuned” and “I’m Spiritual, Dammit!” and is a contributor for the Tribune video team.

Her one woman show “I’m Spiritual, Dammit!” had three successful runs on the Chicago stage.

Jenniffer’s ”Lessons for Life” column for the Chicago Tribune can be found here:  http://www.chicagotribune.com/features/life/  She is also a frequent contributor for WGN radio and WGN Television.

Join us on 11th May for the virtual #BookLaunch of #YourMindBuildsYourBody by @RogerSnipes! Discover Roger's comp… https://t.co/maCAE9L9iC
- Wednesday May 5 - 4:12pm