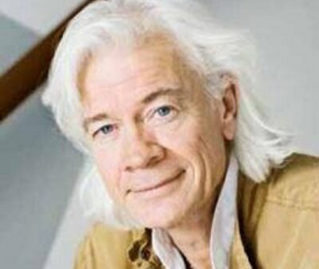 Lars Muhl was born in Aarhus, Denmark, in 1950. For many years he was a successful singer-songwriter who, concurrently with his music, studied the world’s religions and esoteric knowledge. In 1996 he was struck down by an unexplained illness, which neither doctors nor alternative therapists could diagnose. For three years he was confined to his bed, unable to move. Through a friend, Lars was put in touch with The seer who, through a single phone call, brought him ‘back to life’. This experience, and the revelations that followed from it, are described in The O Manuscript.

Today, Muhl and his wife, Githa Ben-David, operate the Gilalai Institute of Energy and Consciousness. Together they live in Denmark.